In previous articles, we’ve highlighted how coolants for electric vehicles (EVs), fuel-cell vehicles and other vehicles of the future have to be formulated differently than their legacy internal combustion engine (ICE) coolant counterparts.

We also touched on the importance of corrosion inhibition packages in your EV coolant. After all, EVs have a different material makeup than ICE vehicles, so you’ll need a coolant that will protect those materials (whether copper, aluminum, plastics, rubbers or anything else).

Gaskets, seals, rubbers – if coolant comes into contact with a material in an engine and proves to be incompatible with any of its materials, it could lead to erosion of the materials and/or contamination of the coolant. In short, that is bad for the system and could lead to greater risk of electrical fires.

That’s where compatibility comes into the picture.

What is compatibility and why is it important?

What does coolant compatibility mean in the context of electric vehicles?

Simply put, it’s knowing whether a coolant is likely to work well with the various parts and materials in your vehicle – that is, that it’ll keep them protected and functioning so you can drive your vehicle safely and get where you need to go.

Over time, vehicles break down for a wide variety of reasons, whether due to standard wear and tear, poor user maintenance or just plain bad luck.

But, at the very least, you want to be able to control what you can control. One of those things is the type of coolant you put into your vehicle.

In a previous article, we likened a vehicle coolant to the time-tested BLT sandwich. It “works” because, somewhere along the way, someone tried it and realized those ingredients worked well together. (They also probably first tried other combinations that didn’t work as well together.)

In short, the ingredients were compatible.

The analogy continues with any number of food combinations many of us have grown to love. The peanut butter and jelly sandwich, tomato soup and grilled cheese, macaroni and cheese – the list goes on and on.

In the vehicle world, the proliferation of new-energy vehicle production across the globe means OEMs in different parts of the world use different materials, each of which has the possibility to be compatible or incompatible with a particular coolant formulation.

You’ll only know which of those you have unless you test.

So, how does Dober test for compatibility?

Dober uses force-air ovens as part of its in-house testing. Coolant is placed in a beaker, along with the material to be tested. 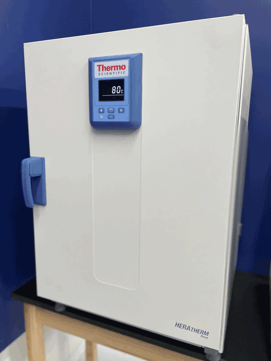 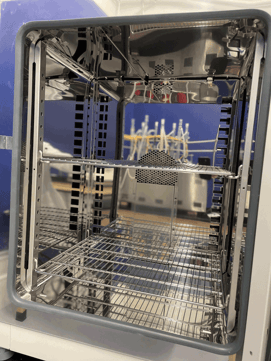 The beaker is then placed inside one of Dober’s forced-air ovens, which is set to reach a particular temperature. For example, if we are looking to test a material and coolant at 80 degrees Celsius, the oven will be set to 80 degrees Celsius.

Once the oven heats the coolant and material up to a given temperature, the material’s compatibility is evaluated over a period of time. Air circulates throughout the oven so each section maintains the same temperature.

Like a lot of things in this space, there aren’t set standards in terms of length of testing. So, the duration of the test period depends on the testing request – some tests can run for just one week while others could run for multiple weeks. Furthermore, multiple ovens allow the Dober team to test multiple batches of materials at the same time.

Some potential signs of incompatibility include discolorations or spots of swelling (in a rubber, for example) of the material.

Dober has a growing portfolio of compatibility testing data.

Once a sample of your material has been provided and after Dober tests the material in the forced-air ovens, Dober arranges for additional compatibility testing. Results usually come in within three weeks.

Once the test is completed, Dober can provide a third-party verified report indicating the compatibility of the material. The result isn’t a pass-fail determination, but rather a measurement that you can then compare to measurements for other materials to get a comparative sense of compatibility.

As we continue to test new materials, Dober’s portfolio of compatibility testing data continues to grow.

ASTM D1384 test is a standard test used for testing ICE vehicles. In addition to the aforementioned compatibility testing, Dober uses a modified version of D1384 when testing for EVs, particularly with respect to corrosion inhibition. 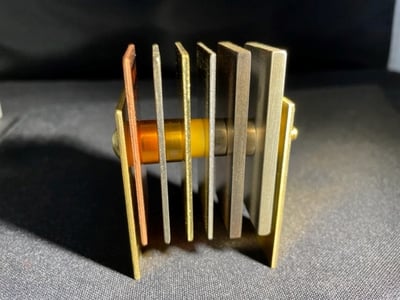 The D1384 test is a coupon bundle test in which the coupon – which includes a range of metals, including copper, solder, brass, steel, cast iron and cast aluminum – is placed in a corrosive solution. After two weeks, the coupon is then measured for weight loss over time, with a higher degree of weight loss indicating more corrosion (we discussed this in further detail in our article on corrosion inhibition).

The modified D1384 is run at a lower temperature and without the corrosive water. While not a standardized test, running the D1384 under these conditions allows for a simulation of the conditions you would see in an EV, for example.

As OEMs around the world develop new vehicles, each company is using different materials. As such, it's vital to test each of these materials to make sure the coolant used won’t lead to excess corrosion or impurity that in turn could lead to an increased risk of electrical fires — in other words, you're looking for electric vehicle coolant compatibility.

Unlike the more mature market of ICE vehicles, there is a far greater range of differences from one EV or fuel-cell vehicle model to another.

Dober is the leading technology in supplying corrosion inhibitor technology to Original Equipment... 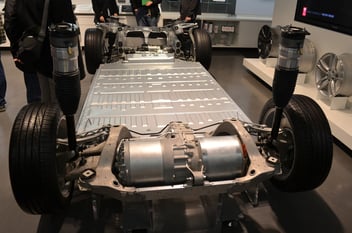 Lithium-ion battery packs are the most commonly used batteries in electric cars, and their power...

Blenders around the world struggle to blend cost-effective coolants with the quality and...