Lithium-ion battery packs are the most commonly used batteries in electric cars, and their power output is dependent on several things: the number of cells that fit into the pack, and the effectiveness of the cooling system. A battery generates heat when it is discharged and can only maintain optimum performance within a certain temperature range. Therefore, thermal management is essential to consider before advances can be made in power output.

Typically, Lithium-ion batteries are used in electric cars because of their high capacity, long lifespan, and low self-discharge rate. They have a high power-to-weight energy density at 200+ Watt hours per kilogram, meaning that a car can produce a lot of power without too much weight, making it fairly efficient. Lithium-ion batteries can come in different shapes, which affects thermal 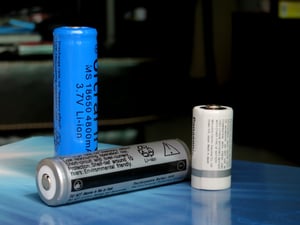 management. Batteries are made of stacks of different layers—these layers can be rolled into a cylinder, folded into a rectangle, or kept flat as a pack. The shape that the battery comes in determines how the battery needs to be packaged in the car and whether the battery will expand when it heats up. The more batteries you can pack into a car, the higher the power output. Cylindrical batteries are easier to pack into the corners of a battery pack than rectangular or flat packs, so battery packs with cylindrical batteries have some of the industry’s highest power output.

Why EV cooling is important

When converting potential energy to kinetic energy, there is an energy loss in the form of heat. This means that in any type of engine, there will be heat generated; heat, or too much of it, causes performance to degrade, and may even cause the machine to break. The familiar example of this is in the internal combustion engine: if the engine gets too hot, part of the cylinder will melt and fuse in place. If this cylinder is stuck in place while the others keep moving, the rod that it’s connected to will break—this is “throwing a rod”.

Similar problems can arise in other engine types as well. In electric cars, discharging the battery generates heat; the more rapidly you discharge a battery, the higher the power output and the more heat it generates. Batteries work based on the principle of a voltage differential, and at high temperatures, the electrons inside become excited which decreases the difference in voltage between the two sides of the battery. 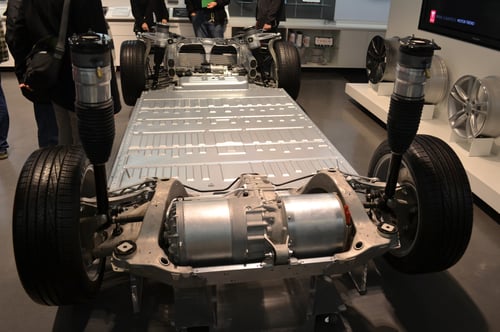 In order to balance power output and temperature, battery thermal management systems (BTMS) are an essential part to an electric car. BTMS is a highly researched topic, and there is no universal system used in electric cars on the market today. Tesla’s “skateboard” battery pack uses a liquid cooling system, whereas the Nissan Leaf’s battery pack is air cooled.

The battery pack shape and type are chosen in conjunction with the cooling system, as the functionality of the battery depends on effective cooling. As we learn more about electric car safety, it appears that more car manufacturers, such as Chevy, Ford, BMW, and Jaguar, are implementing liquid cooling systems for their lithium-ion battery packs. Traditional liquid coolants can be used in these cars, however the high stress and temperature of these applications make the right additive package all the more necessary. To find the correct additive package for a liquid coolant, reach out to a leading corrosion coolant additive supplier, such as Dober.

Dober is the leading technology in supplying corrosion inhibitor technology to Original Equipment...

Blenders around the world struggle to blend cost-effective coolants with the quality and... 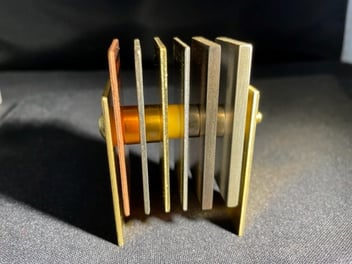