Occasionally, even when detergent coverage is perfect, the type or amount of cleaning action can make a difference. In an ideal situation, a residue would break down completely in the detergent solution just by soaking & rinsing. However, with heavy soil loads, this can take an extremely long time and soils that have an affinity for the surface being cleaned (ie. Titanium Dioxide and Stainless Steel) often need a boost in mechanical force to help completely remove them from the substrate. 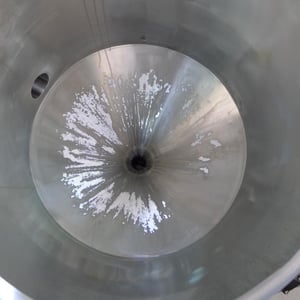 I once observed a cleaning trial that was evaluating the use of Chematic detergents to remove a Sunscreen residue from a funnel-shaped pilot-scale mixing vessel. The soil load on the equipment was very heavy and the system had a disk-shaped static spray ball mounted just under the lid of the vessel. The walls of the vessel were being hit with pressurized spray at the very top and then saw cascading flow the remainder of the way down.

Later on, adjustments were made to the system where some of the liquid was actively pumped out of the tank during cleaning. This reduced the amount of pooling and only the very bottom of the cone was submerged in the detergent solution. With more of the tank exposed to cleaning action, the detergent solution was now capable of removing the stubborn residue, which resulted in a more effective cleaning process.

As good cleaning is attributed to an optimized combination of factors including chemistry, soaking time, temperature and action, it is helpful to identify the most influential factor of these to improve and optimize a cleaning process during scale-up or transfer of a cleaning process. 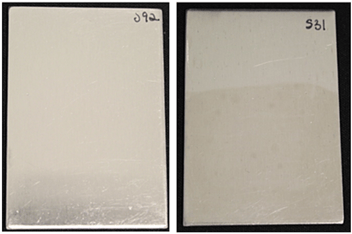 Selecting a critical cleaning detergent for your cleaning process must be employed for equipment...

CCE Journey – How We Replicate Your Process

When it comes to giving the optimal cleaning recommendation, understanding the customer’s soils &...

As we've discussed in previous articles, cleaning can sometimes be an afterthought in many...