With the rapid development in Pharmaceutical, Nutraceutical & Personal Care formulations, newer and more complex excipients, as well as actives, are processed together, most of which are not soluble in water but dissolve in one or the other organic solvent.

Although many solvents are considered for use in equipment cleaning by the industry, Ethanol, Acetone, and IPA are most commonly used due to their comparative safety over other organic solvents, and the wide range of products that they dissolve. These solvents are also easily available to public consumers for personal use. The advantages of using solvents for residue cleaning include the solubility of residue, easy removal of solvents from the equipment surface due to volatility, and decreased chances of microbial growth & contamination. However, due to the known disadvantages of the use of solvents, the industry is moving towards other alternatives such as aqueous cleaning detergents.

"However, due to the known disadvantages of the use of solvents, the industry is moving towards other alternatives such as aqueous cleaning detergents."

A good example of such a case is the use of IPA for cleaning of CBD/Hemp oil in the Nutraceutical Industry. The world is opening up to the benefits of the CBD/Hemp oil-based products and as the demand grows, so do the manufacturing concerns, one of them being the cleaning of the sticky oily residue. Without a better alternative, the CBD/Hemp oil manufacturing and processing industry mainly relies on IPA to get rid of this tacky scum. While IPA does the job, it does not come without safety risks.

While the safety reasons of solvents should be more than sufficient to consider alternate methods to clean, other disadvantages are:

A Better Alternative to IPA Cleaners

At Dober, we strive hard to find and fulfill the Industry cleaning requirements. Revisiting the example of the CBD/Hemp Oil cleaning, a new Chematic® Formulated Detergent was developed for cleaning residual CBD and Hemp Oils from various surfaces for the Cannabis Industry, in response to manufacturers requesting to replace the use of an organic solvent, isopropyl alcohol (2-propanol).

The Chematic® cleaning agent is aqueous-based and consists of several components that target residual CBD/Hemp Oils and other residues associated with enhanced CBD/Hemp Oil formulas without the safety and toxicity concerns of IPA.

A total shift from traditional cleaning methods will take time, but an aqueous detergent alternative is always preferable to an organic solvent option for the safety of the environment, personnel, and the facility, especially if it has all the benefits and none of the hazards associated with solvents.

If your interested in learning more about how Chematic can help solve your challenges, we'd love to talk!

The Oily Truth About Selecting the Correct Cleaner

Are you having difficulty cleaning oily residue... 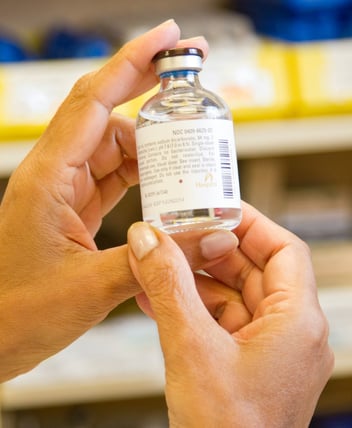 How to Clean Oral Liquids and Suspensions

Oral suspensions are widely used in the Pharmaceutical and Consumer Industries as a delivery method... 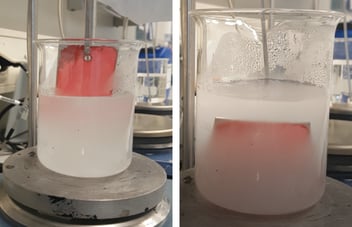 Occasionally, even when detergent coverage is perfect, the type or amount of cleaning action can...