An oil sheen can occur when oil is discharged into water. For hydrocarbons, refined products, and crude oil of API gravity greater than 10, the oil is lighter than the water, causing the oil to spread across the surface of the water. The oil continues to spread and eventually becomes thin enough to be known as a “sheen”.

Why Oil Sheens are of Concern:

Regulations are in place by the EPA’s “sheen rule” that makes oil sheens a reportable issue. As defined by this regulation, a harmful quantity of oil discharged is any amount that violates state water quality standards, causes a film or sheen on the water’s surface, or leaves sludge or emulsion beneath the surface. Thus, reporting an oil discharge can be triggered by the presence of a sheen on the water, even if the amount of oil discharged is beneath state regulations. Almost all hydrocarbons when spilled on water will cause an oil sheen. This can present an issue for industries such as oil refineries and production as well as primary metal production.

Once present, oil sheens offer a unique challenge for removal. An oil sheen remains on the surface of the water even after the majority of the discharged oil has been removed. Skimmers do not work well in getting rid of the oil sheen, and even containment booms are inefficient in collection of the oil sheen. An oil sheen on the water is a costly and time-consuming mistake. Alongside this, reporting the oil sheen can mean fines for the plants and potentially shutting down until wastewater is properly treated.

How do GreenFloc Natural Coagulants Work to Prevent Oil Sheens:

Since removal of a sheen is a problem for plants, it is vital to prevent the sheen from forming in the first place, which is done by pre-treating the wastewater before it is discharged. Oily wastewater is typically treated using demulsifiers, which allows for a break in the oil and water emulsions with coagulants and flocculants. But, in some situations standard chemistries are not enough to ensure that an oil sheen will not be present on the water. GreenFloc's new product Sheen Kill is an assured way to stop oil sheens from occurring when used in conjunction with standard chemistries. This is useful to plants treating their wastewater because it ensures preventing the problem, rather than having to produce a solution.

Contact us to start using Sheen Kill to prevent oil sheens on your wastewater today. 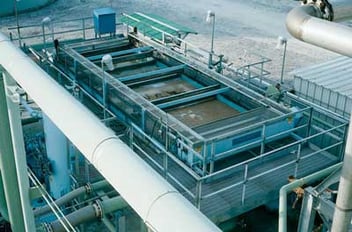 Solid and liquid separation water treatment is necessary to prevent the build-up...

A large oil refinery in the US committed to safety, the environment, and... 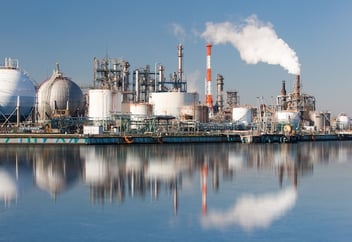 There is a strong connection between how we produce our energy and how we manage our water...