Dewatering CCRs with Simplicity and Effectiveness

One of the best outcomes of the final EPA rule on coal ash was its inclusion under Subtitle D of the Resource Conservation and Recovery Act (RCRA), regulating CCRs as non-hazardous solid waste. Had the agency chosen to regulate CCRs under the more stringent protections of Subtitle C, labeling CCRs as hazardous waste, the coal-fired electrical power industry would have met a serious setback, losing the ability to cut down on solid waste by recycling CCRs. 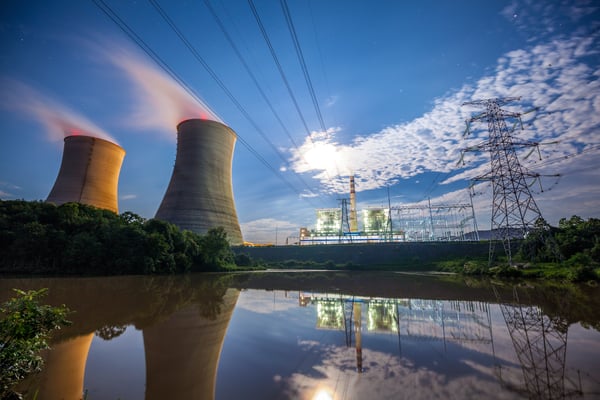 Recycling coal ash for beneficial use

The ash produced by coal-fired power plants possesses a number of qualities that make it ideal for an interesting range of applications. Volcanic ash, having similar properties to coal ash, was used by ancient Romans in the construction of many of the iconic structures that have remained standing for thousands of years. In recent years, the industry has been recycling coal ash waste to be used in products like concrete or wallboard, as replacement for clay in bricks, and as a lightweight additive to many metals.

In 2015, for the first time, more than half of coal ash (52%) was recycled for beneficial use, a significant step toward reducing the need for landfills. In fact, more than half of all the concrete produced in the U.S. is now made with these coal combustion products. In ordered to be recycled, however, the contents of coal ash ponds must first be dewatered.

While a number of options exist for the successful dewatering of coal ash ponds, the coagulation–flocculation process is generally regarded as one of the most important and widely used treatment processes of industrial wastewater containing CCRs, due to its simplicity and effectiveness.

All natural coagulants and flocculants

Dober Water Treatment chemistries have been proven to successfully sequester coal ash solids from the water that accumulates at the top of coal ash ponds and from the wet sludge at the bottom.

HaloKlear natural flocculants are less toxic than conventional chemistries, effectively cleaning water so that it can be safely released into back into its natural environment, reused or upcycled. HaloKlear flocculants are 100% biodegradable through enzymatic activity, so there are no bioaccumulation concerns. If zero toxicity is required, our HaloKlear Dual Product System (DPS) provides a two-step approach that has been proven to have zero toxicity when used as directed. HaloKlear DPS creates dense flocs—with great shear strength and low water content—that settle very quickly.