As one of the largest types of industrial waste generated in the U.S., more than 117 million tons of coal ash—a combination of fly ash, bottom ash, coal slag and flue gas desulfurization material—was generated in 2015, down from a peak of 136 million tons in 2008, according to the American Coal Ash Association's Coal Combustion Product Production & Use Survey Report. These coal combustion residuals (CCRs) generated by coal-fired electric utilities contain a number of contaminants that, if not effectively managed, can pollute waterways, ground water, drinking water and the air.

The electric power industry faces both challenges and opportunities under new Federal guidelines.

Disposal in ponds, landfills and mines

Electric power plants often dispose of these residual materials in surface impoundments like coal ash ponds, if wet, or in landfills, if dry. The EPA estimates there are about 300 dry coal ash landfills and more than double that number of coal ash waste retention ponds across 45 states in the U.S. Coal ash has also been deposited as fill in hundreds of inactive dumps as well as in abandoned and active mines.

Because of the billions of gallons of water needed to run coal-fired power plants in the U.S., the plants—and their waste—are usually situated adjacent to natural waterways, increasing the potential for unintentional release of pollutants into the environment. Though the Environmental Protection Agency (EPA) has been studying coal ash use and disposal since 1988, several unfortunate events likely spurred the creation of Federal guidelines for the regulation of coal ash disposal.

On October 11, 2000, the bottom of a coal ash impoundment in Martin County, Kentucky broke into an abandoned underground mine, flooded out of the mine openings, and sent an estimated 306,000,000 US gallons of thick slurry into local waterways, ultimately contaminating the water supply for over 27,000 residents.

Then, early in the morning of December 22, 2008, a dike used to contain coal ash failed at the dewatering area of the Tennessee Valley Authority’s Kingston Fossil Plant, releasing approximately 5.4 million cubic yards of coal ash, covering about 300 acres of land and eventually finding its way into the main Emory River channel.

And on February 2, 2014, an estimated 39,000 tons of coal ash spilled from Eden, N.C.’s Dan River Steam Station into the Dan River, reaching the Kerr Reservoir, 80 miles downstream, a few days after the spill.

In addition to the immediate impacts of large-scale spills, coal ash ponds and other storage/disposal sites have the potential to leach contaminants into groundwater and local waterways.

Change is on the horizon

Dober Water Treatment’s portfolio of natural coagulants and natural flocculants is engineered to help coal-fired electric utilities remove harmful pollutants from industrial wastewater before returning it to the environment, reusing or upcycling—offering an environmentally friendly, sustainable solution at an exceptionally low use cost.

We'll test your wastewater to find the best solution -

The Environmental Protection Agency (EPA) was established on December 2, 1970 “to consolidate in... 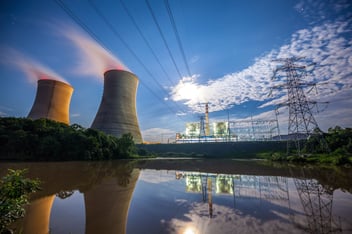 Dewatering CCRs with simplicity and effectiveness

One of the best outcomes of the final EPA rule on coal ash was its inclusion under Subtitle D of...

Hi there! My name is Lauren Excell, and I'm a junior at the University of Illinois at...