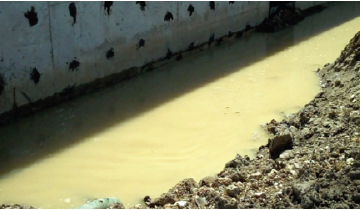 The project entailed an expansion of a nine-mile stretch of highway, increasing from one lane each way to two lanes. The highway traverses four streams and a small lake that ultimately lead into a watershed. The sediment created will discharge into the Lake of the Ozarks watershed, a sensitive and increasingly impaired lake during rain events. The end goal was to effectively manage dewatering to capture the sediment before it left the construction site and to discharge under 280 NTUs. 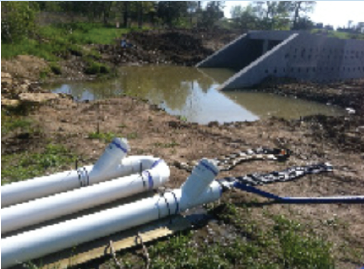 HaloKlear Dual Product System was used because of its effectiveness and because it is biodegradable and does not add to the load of the sediment in the receiving waters. Passive, semi-passive, or active treatment was not specified, but because of the site configuration and the frequent dewatering required around the concrete box culverts, a flexible and portable system was considered to be the best option. HaloKlear suggested a semi-passive system, which was employed to pump the stormwater from around the concrete box culvert, through a PVC manifold (plug flow reactor) that contained HaloKlear's Dual Product Socks inside the chambers. From the manifold, the effluent water fed into a geotextile bag. A two PVC manifold (plug flow reactor) using 6" pipe was built and secured to a flat, wooden surface. A trash pump and a 3" line was then connected to the input of the manifold. One sock of DBP-2100 natural flocculant was installed in the first PVC chamber and a second sock of GelFloc was installed within the second PVC chamber. 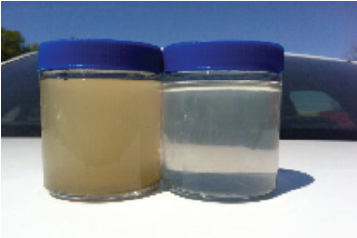 After the initial exposure to the dual PVC chamber manifold, the treated water was then routed to a traditional 15'x15' non-woven geotextile bag for entrapment of the flocculated materials, which thereby allowed the clean water to be controllably discharged into vegetation. The area that was dewatered was approximately 10 feet wide and 30 feet long. The depth of the water was approximately 12-36 inches with turbidity measured at 2,278 NTUs.

The effluent water out of the geotextile bag measured at 149 NTUs after approximately 10 minutes of operation, which was well below the discharge goal of under 280 NTUs. Because of the sensitive watershed in the Lake of the Ozarks area, the semi-passive system using HaloKlear's Dual Product System provided the best solution. The job site successfully met their requirements under 280 NTUs during the time of the year where risk of stormwater runoff is at its highest level.

Download a printable version of this case study here: 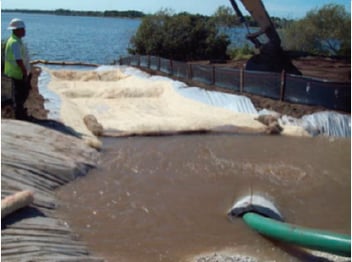 A construction project required a 25 million gallon lake to be... 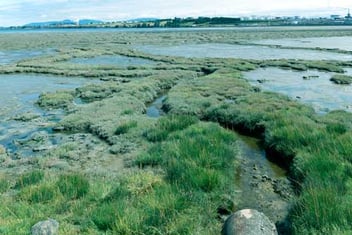 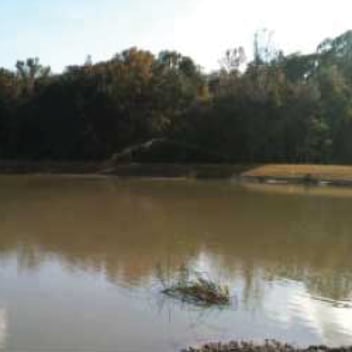