There are many types of pollutants that can contaminate water. One form of natural (not man-made) pollutant is from suspended particles in the water, such as silt, sediment, clay, algae, and oil. These particles remain suspended due to their likeness in ionic charge, negative in this case, causing them to repel each other and remain suspended. To treat water with suspended particles, the charge must be neutralized before gathering the particles into an agglomerate that can settle out of solution.

A coagulant is used to neutralize the electric charge on the particles, making it easier to form them into clumps. However, this is not enough to settle the particles out of solution.

A flocculant is needed to collect these particles in a polymer “net”. When enough particles collect on these “nets”, they will be heavy enough to settle out of the water. 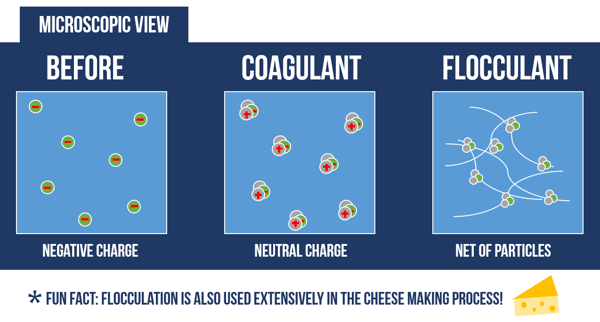 The particles that settle out of the solution aggregate on either the top or bottom of the water, depending on the density of the substance. For example, suspended solids will settle to the bottom and oil emulsions will float to the top. The way that these pollutants fall out of solution will determine how they are removed during filtration. 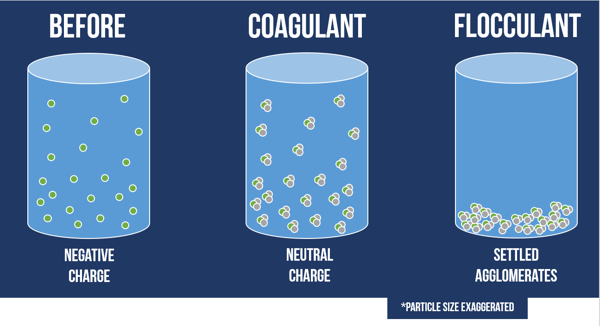 In the case shown above, these flocculated particles have settled to the bottom of the sedimentation chamber, and now any remaining particles in the treated water can be removed through filtration.

Without using a flocculant before the filtration process, these particles would not gather into clumps large enough even to filter out—they are small enough that they would just pass through the filter. Not only does flocculation make filtration possible, it makes it easier and less energy intensive. Creating large, heavy agglomerates of pollutant that can settle into a sedimentation tank will end up saving a large amount of energy in the water treatment process. 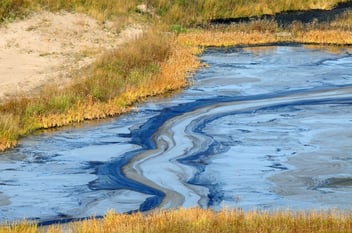 The Environmental Protection Agency (EPA) was established on December 2, 1970 “to consolidate in...

DPS Use in Treating Wastewater During Transit System Extension Construction

See how HaloKlear’s treatment system processed 150-600 gallons of water per minute during the Santa... 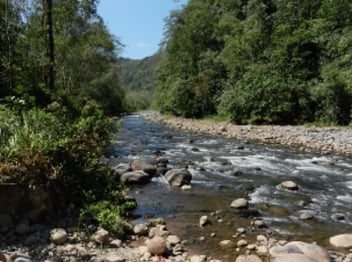 The Balsa Inferior Hydroelectric project consists of a 4 km...